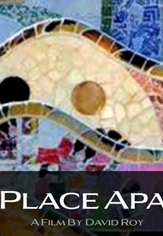 Amy Sumac is losing touch with her father, now aging and addled himself and out of touch with everything including Amy whom he calls by someone else’s name, a woman from his past. Amy discovers a singer, a likely a mistress, perhaps even Amy’s true mother and the origin of her discontent dreams.