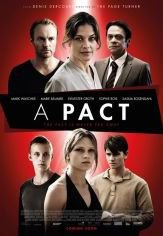 Former East Germany in the early 1980s. Paul tricked Georg into handing over his girlfriend Anna to him. But the pact they made stipulated that Georg can have her back when he wishes. Years pass. Anna & Paul are successful, married, with two children. Then Georg appears and hasn’t forgotten the pact