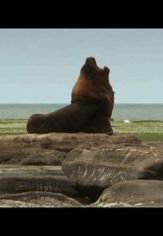 A KING FOR THE PATAGONIA

A documentary about the obsession that binds a man from the XIXth Century, Orllie Antoine I, self-proclaimed king of Patagonia and Araucania, and Juan Fresán, a filmmaker who tries to shoot the story of the king until the end of his days. Their obsession is the reason for this film to exist.