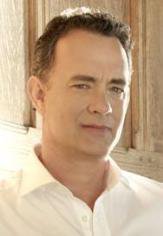 A HOLOGRAM FOR THE KING

The script takes place in a rising Saudi Arabian city, far from weary, recession-scarred America, where a struggling businessman named Alan Clay pursues a last-ditch attempt to stave off foreclosure, pay his daughter's college tuition, and finally do something great. In the process, he discovers an