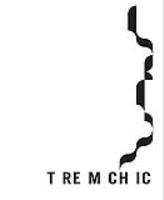 Trem Chic was created by Eder Santos, one of the most important video artists in Brazil. The company has recently consolidated the Cinema and TV department, in which fiction films, documentaries and TV series are developed. The projects have been presented in several important festivals like Rotterdam, Leipzig and Oberhausen, circulating in different countries. The most recent work are the feature film Blue Desert by Eder Santos and the feature doc The Third Shore by Fabian Remy.